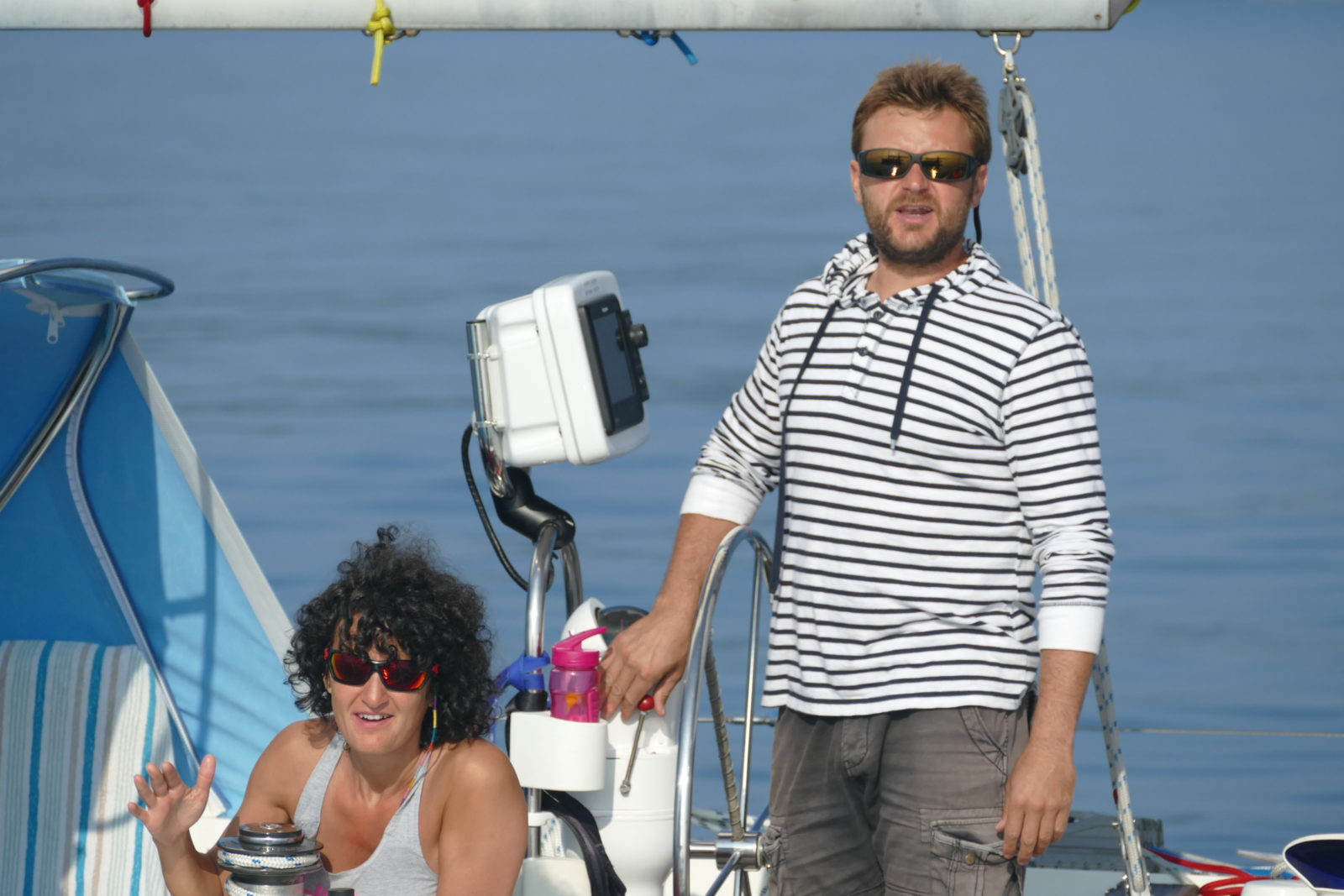 We arrived in Falmouth on Sunday afternoon. After 2 days of celebrations in Plymouth and an 8am sharp start on Sunday, when we reached Falmouth we were absolutely knackered. The sailing had been exhausting too, as the wind was not quite from the right direction for easy sailing. One of us had to be at the helm most of the time to keep Mehalah’s sails in the wind. But how many opportunities a passionate sailor has to set off alongside the famous Suhaili?

We picked up a buoy close to the marina where the Golden Globe boats were moored. When we woke up the next day we headed straight there. Sir Robin, who had dropped anchor for the night in St Mawes Bay, had arrived too. There was some agitation and a gathering of reporters interviewing him. The participants to the race were all busy with getting last minute jobs done. We had brief chats with some of them and the general feeling was that they were eager to start. The preparations and all the ‘fuss’ ahead of the impeding start seem to have been an exhausting business…

We spent the rest of the afternoon in the town square catching up on emails in the sun.

We spent the following days chilling, visiting Falmouth and the surrounding castles, exercising and going back to the Golden Globe boats on several occasions.

Of course, all this time we kept an eye on the weather to assess feasibility of our departure at the same time as the Golden Globe boats. The odds did not look very encouraging initially; however, the bad weather fronts are very likely to clear by tomorrow morning, so we are currently very hopeful.

Next stop for us – A Coruna, Spain; for the Golden Globe contestants – Les Sables D’Olonne – the official start of the non stop solo around the world Golden Globe Race.

6 thoughts on “End of the first leg (Ipswich, England to Falmouth, England)”